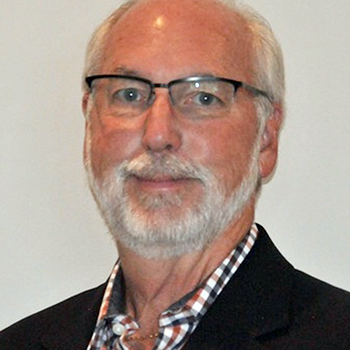 During Dan’s academic career he fostered important research collaborations both within and outside the university related to drug development. These efforts required the generation of robust data packages. In the late 1980s, Dan worked closely with the Upjohn Company during their development of recombinant bovine somatotropin.

During the early 1990s he developed an extensive research collaboration with Zetachron, Inc. to study transport of drugs across mucosal membranes using their proprietary drug delivery systems. While this effort ended when Zetachron was acquired by Watson Pharmaceuticals, it provided the foundation for Dan to collaborate with Dr. David Edwards in the Department of Chemical Engineering at Penn State. Edwards and Dan co-developed a gel-based drug technology that was out-licensed by Penn State, and eventually developed and approved by the FDA as a veterinary product (OvuGelTM). In addition, Dan played a key role in assisting Edwards in the development of large porous particle technology for delivery of steroids and proteins by inhalation. Advanced Inhalation Research (AIR) was spun-out of Penn State in late 1997.

Dan joined AIR as a consultant in 1998, while closing down my academic laboratory for a permanent move to AIR in early 1999. Alkermes, Inc acquired AIR for approximately $120,000,000 shortly before Dan started, and AIR continued to operate as a largely independent subsidiary for about the next 18 months. As AIR was fully integrated into Alkermes Dan’s roles evolved overtime.

In 2007, Dan was promoted to Vice-President of Nonclinical R&D. In this capacity Dan provided leadership and scientific oversight for all biological aspects of nonclinical R&D. Dan was directly involved with three programs that lead to marketed drugs – Vivitrol®, Bydureon®and Aristada®. Also, Dan was actively involved in the oversight of medicinal chemistry, pharmacology and toxicology efforts directed towards expanding Alkermes internal drug portfolio. Underscoring all of these activities was the critical importance of generating robust nonclinical research packages to increase the likelihood of a drug reaching market. Dan’s demonstrated success in this regard highlights the skillset that he brings to this project.