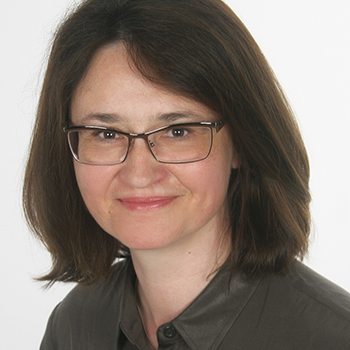 Malgorzata Pietraszek has over 20 years of experience in CNS pharmacology acquired in both pharmaceutical industry and academic environments. Malgorzata holds a PhD from the Institute of Pharmacology Polish Academy of Sciences (PAS) in Cracow and a MSc from the Jagiellonian University (Cracow).

Between 1993 and 2007, Malgorzata conducted research in the therapeutic areas of schizophrenia and Parkinson’s disease at the Institute of Pharmacology PAS in Cracow. During this time, she maintained active collaborations with partners from academia and pharmaceutical industry that resulted in numerous publications.

In 2007, Malgorzata joined Merz Pharmaceuticals (Germany). She was involved in preclinical drug R&D program in different CNS indications. Malgorzata implemented many in vivo models, trained postdocs and technicians and organized internal workshops to accelerate drug R&D in the therapeutic areas of schizophrenia and neurodegenerative disorders. In addition, Malgorzata supported clinical development in the therapeutic areas of CNS disorders. She established and managed collaborations with key opinion experts from academia as well as with many CROs. Additionally, she was involved in in vivo preclinical data quality assessment. Since 2014, Malgorzata serves as a CNS drug R&D consultant on a freelance basis.