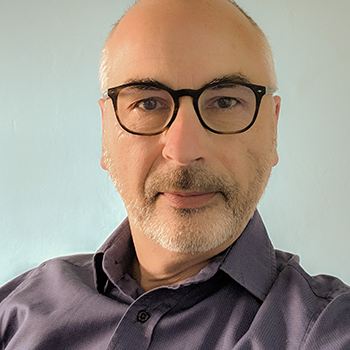 Paul trained as a pharmacologist in the UK, first in Bristol, then in Bath for his Ph.D., specialising in chronopharmacology. He has spent over 30 years in the pharma industry in both big and medium pharma companies, biotech and also in contract research.

After a few years at Wyeth in the UK and after his Ph.D., Paul moved to France to join Merrell Dow at their research centre in Strasbourg where he worked on several compounds that advanced to clinical development, including dolasetron (5-HT3 antagonist), binospirone (5-HT1A partial agonist) and volinanserin (5-HT2A antagonist).

He then moved to the Paris region where he headed a psychopharmacology unit for Synthélabo and then Sanofi where his group was largely responsible for developing SL 65.0105, a cognition enhancer which advanced to Phase II clinical trials.

His career changed direction in 2001 when he became VP CNS Development for Genset, a French biotechnology company. This was followed by 7 years in the pharmacology CRO, Porsolt, as Scientific Director and 5 years at Pierre Fabre as head of CNS Pharmacology covering in vitro and in vivo studies in psychiatric disorders and pain.

Subsequently, he moved to Bial in Porto, Portugal, to head the Department of Pharmacology, covering all preclinical and early development studies in neurological and cardiovascular diseases. Since 2018 he has his own consultancy company, Cerbascience and in 2019 joined PAASP as a regional partner for France.

As a behavioural pharmacologist, the issues surrounding translatability of animal models and reliability of experimental studies have always been a major concern for him, resulting in him to be one of the early members of the ECNP Preclinical Data Forum. Finding better ways to analyse and interpret data continues to be one of his major interests.