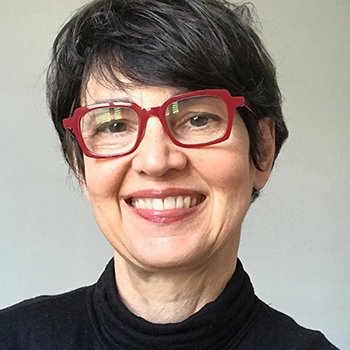 Subsequently, she moved to the Pharmacology Department of the University of Verona in Italy as senior scientist and group leader, and conducted research on synaptic plasticity and mechanisms regulating the turnover of receptors and ion channels. In 2003 Renza joined Siena Biotech, an Italian start-up drug discovery company, as Head of the Cell Biology and Imaging Unit of the Neuroscience Department. There, she was also project leader of two drug discovery projects, leading to the first clinical development candidate of the company for Alzheimer’s disease.

From 2011 to 2012 Renza was at the Centre for Genomic Regulation (CRG) in Barcelona (Spain) as Head of the Biomolecular Screening and Protein Technologies Unit of the CRG Core Facility. In this role, she managed an interdisciplinary technology platform, supervised projects in collaboration with several research groups and was responsible for technology development. Subsequently, Renza was Adjunct Professor at the Faculty of Biotechnology of the University of Applied Sciences in Mannheim (Germany) teaching drug discovery, and she spent 6 months at the Shanghai Institute of Materia Medica (SIMM) of the Chinese Academy of Sciences in China supporting screening of small molecule modulators and functional studies of novel ion channels. Since 2020, Renza has joined Information Technologies for Translational Medicine S.A. (ITTM), a company specialised in data integration and knowledge management.