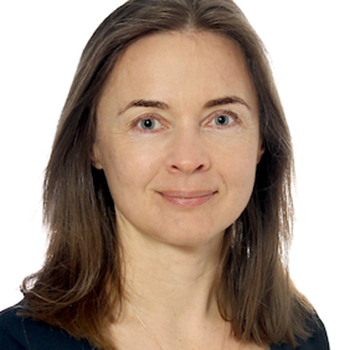 Valentina obtained a PhD in pharmacology from Heidelberg University in 2005, based on her research done at the Central Institute of Mental Health in Mannheim, Germany.

Following her PhD, she continued as a scientist at the Central Institute of Mental Health, focusing on addiction. In particular, she identified new therapeutic targets that could help patients to remain abstinent. To this effort, Valentina has been managing several European and national projects aimed at discovering new medications for the treatment of alcoholism.

Throughout the years, Valentina has had numerous collaborations with academic institutions around the world, e.g. National Institutes of Health (Bethesda, USA) and Tokyo University, and with the pharmaceutical industry, for example with GlaxoSmithKline, Hoffmann-La Roche, Abbott/Abbvie. Since 2009, Valentina teaches at the neurobiology postgraduate training program at Vilnius University where she also has her own research group.

Since 2018, Valentina holds a position as professor in neurochemistry, at the Institute of Biosciences at Vilnius University.